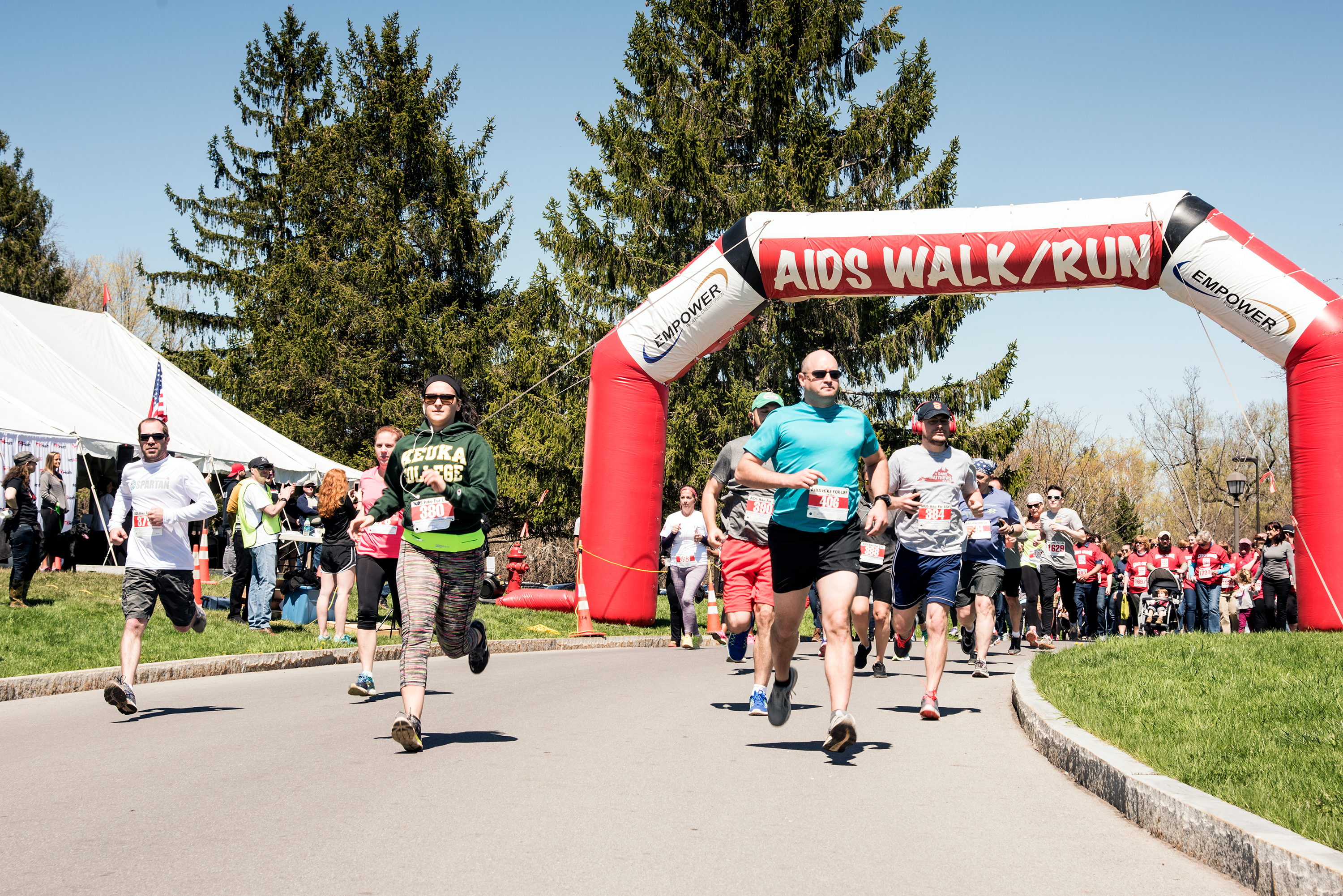 This past Sunday, Hamilton College’s Rainbow Alliance sponsored the 19th Annual AIDS Hike for Life. The event was coordinated by ACR Health, a nonprofit organization based in upstate New York that aims to provide support and services to individuals and communities with chronic illnesses. The objective was to raise money for its Youth Services Program, particularly the Q Center, which is a service provider for LGBTQ youth. The center offers support groups, educational programs and leadership and advocacy training in addition to other resources. All funds collected will stay in the Mohawk Valley and will go towards STD prevention and HIV/AIDS research funding. Hundreds of walkers, runners and volunteers participated; in addition, the Rainbow Alliance, BSLU, Special K, Physical Plant, Bon Appetit Management Company, Student Activities, Campus Safety and the Days-Massolo Center all contributed. Over $36,000 was raised this year alone. In total, over the past 19 years, this event has garnered a whopping $734,754.

The Hike formally began at 1 p.m., but tables at Babbitt Pavilion were laden with food and drink items for the consumption of participants well before the event. There was a lively atmosphere with music, raffle sign-ups and photo opportunities for groups and their families. ACR Health Deputy Executive Director of Operations Carrie Porizline Large and her colleague, Anthony McEahran, Director of Events and Business Development, contributed some touching sentiments, speaking to the importance of reducing the stigmatization of the disease and rallying to support affected individuals. This was followed by a musical performance by Special K. Then, the 5K commenced, with participants running through various areas of campus such as Martin’s Way and KJ Circle. According to co-chair of the Rainbow Alliance Polly Bruce ’17, the objective was visibility: “We’re not running through the Glen because that defeats the purpose. We want to be in sight so that people will see, us, stop, and wonder why we’re running. We want to be a visual for the disease.” In the spirit of visibility, the event was not a run, but a hike, so as to make it “accessible to all skill levels.” According to Bruce, “We need as much support as we can get so that, in turn, the disease can get more recognition.”

The walk comes at an important time, as New York State has declared its ambition to end AIDS by 2020 according to the New York State website. While the disease is not curable, this means substantially reducing the number of new cases that crop up each year; however, this overambitious rhetoric of eradication can create the false impression that the disease is no longer a pressing health issue. Speaking to the significance of the event, Bruce suggested that advocacy efforts gain increasing importance in a climate of generalized complacency: “People are aware that HIV and AIDS still exist, but think it’s a thing of the past and only affects specific groups of people. But, you can still be affected by this.” Or, as one walker so eloquently put it: “Lack of education and awareness creates ignorance that prevents people from being tested and taking what steps they can to manage their disease—they lose a fight to a disease they didn’t even know they had.”

AIDS is the final stage of the HIV infection and is characterized by the depletion of CD4 T-lymphocytes (less than 200 cells/mm^3) which leaves affected individuals with a compromised immune system, placing them at risk for opportunistic infections (NIH). Currently, there are 1.2 million people living with AIDS, but one in eight of them are not aware of it (aids.gov). The first reported case was in 1981, and the general response within the medical and general community was one of panic. Since then, the discovery of drugs and therapies that inhibit HIV’s viral replication -- such as azidzomythine (AZT)—have managed patient symptoms and improved their quality of life. Although the disease affects individuals from a variety of demographics—such as recreational drug users, incarcerated populations and heterosexual individuals— it is most commonly linked within the public discourse to queer individuals. According to the CDC, gay and bisexual men are the population most affected by HIV/AIDS, accounting for 67 percent of all the diagnoses in 2015.