Hamilton has a diversity problem, and it’s not the one you’re thinking of. Walk up to any poster display space in Sadove, KJ, Beinecke, or the Science Center. Look for events sponsored officially by the College (the President’s office, the Dean of Students, the Dean of Faculty, the Days-Massolo Center, etc.). Do you notice any similarities? 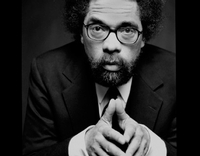 Perhaps you spot Dr. Wendy Doniger’s upcoming lecture on the “political framework of gender in the Kamasutra,” sponsored by the Dean of Faculty, among other offices. Or perhaps you see Marvin Sterling’s talk on Japanese reggae, paid for by the Days-Massolo Center and the Chief Diversity Office. You might find, much to your chagrin, that you missed Bat Sheva Marcus’ riveting lecture entitled “Exploring Possibilities of Pleasure”. Your eye will no doubt also be drawn to one of the biggest events of the semester: Dr. Cornel West’s lecture for the Voices of Color series. If you’re beginning to see a trend, you just might have put your finger on Hamilton’s latest diversity problem.

Each year, with the multitude of funding sources at its disposal, this college spends hundreds of thousands of dollars to bring speakers to the Hill. There is no reason why we cannot enjoy the benefits of inviting speakers with a wide range of academic, philosophical, social and political perspectives. And yet there is a remarkable lack of diversity in the lectures this college officially funds.

By my count, Hamilton has officially funded only one right-of-center speaker since the beginning of last semester. For the entire academic year, not one figure whose thinking could reasonably be described as Republican, conservative, libertarian or classically liberal has been invited by the college administration to speak about a political issue on this campus, save one event.

Maybe there’s no one trying to bring right-of-center speakers to campus? The college community does, after all, tend to skew to the left. The Alexander Hamilton Institute (AHI) is an independent organization (of which I am a student leader) in Clinton founded in 2006 by some of Hamilton’s finest professors. One of the reasons behind its formation was the lack of intellectual diversity at Hamilton. Almost every right of center lecture on campus since I came to Hamilton has been sponsored fully or in significant part by the AHI, though we sponsor left of center speakers as well.

Just last semester, we began arrangements to bring Dr. Kenneth Minogue, one of the most lauded political thinkers of our time, to speak about the compatibility of social justice with liberty. Dr. Minogue’s latest book, The Servile Mind, is a critical analysis of modern democracies’ effect on morality; his work is thought-provoking and insightful. It seemed like the perfect time to approach the administration about the lack of diversity among speakers. I believed, as many of you probably do, that college officials would jump at the opportunity to help foster intellectual diversity.

I spoke first to Dean of Faculty Patrick Reynolds, who explained to me that his office did not support student events. That was fine, I told him, but why do so many events credit his office and various student groups as “co-sponsors?” Further, if I were to get a professor’s support–and I had the support of more than one—could I then apply to his office for funding? Dean Reynolds replied that my questions were “not productive,” and asked me to “desist from emailing me on this subject further.” Shocked that a college official would respond so tersely to a few simple questions, I contacted President Stewart’s office for a meeting. Not only did she claim to have no funds at her disposal (not even enough for a small, symbolic gesture), she went so far as to say she couldn’t see a problem with intellectual diversity on campus. Imagine the frustration and surprise I felt when I saw her office listed as a funding sponsor for Dr. West’s lecture.

There are many kinds of diversity, and Hamilton is profoundly fortunate to have the prestige and wealth to foster all of them. On an administrative level, the college is laser-focused on some forms of diversity and entirely blind to others. Why? I wish I had an answer. What I do know, however, is that the student body doesn’t share the administration’s blindness.

The Student Assembly agreed late last semester to fund Dr. Minogue’s lecture in full. He will give his talk in April. But the Student Assembly should not and cannot bear the burden of supporting intellectual diversity on its own, especially when Hamilton’s administration vigorously promotes and funds a seemingly endless range of diversity-based programming. It’s time that the administration and the Hamilton community reflect on what we mean when we use the term “diversity.” Until we do, there is little hope that our campus will ever be truly diverse.

Correction: The Dean of Faculty's Office did not co-sponsor the Voices of Color Lecture Series.