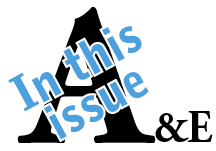 Who knew that alumni were funny?

Thomas and Weber falter at Coffeehouse

Who knew that alumni were funny?

The premise of a Hamilton Alumni Comedy show seemed a little strange at first. Of all the professions I envisioned when coupled with the words “Hamilton alumni,” neither stand-up comedian nor sketch-comedy troupe was among them. Despite my assumptions, Katey Healy-Wurzburg ’05, Justin Tyler ’01, Selena Coppock ’02, Chris Sessa ’06 and Liza Rothschild ’08 stormed the Events Barn last Saturday night for an hour and a half of stand-up and sketch comedy.

Misguided though my alumni expectations were, four of the five alumni still hold day jobs in addition to their work in comedy—Coppock is a book editor for Barnes and Noble, Sessa and Rothschild are in ad-sales and Healy-Wurzburg works in administration for a biotech company. Seen in light of their day jobs, the idea of comedian alums no longer seems so outlandish or impossible. The only member without a day job (though he bartends once a week) is Tyler, who works with his sketch comedy group Sidecar—from which he also brought non-alumni Alden Ford and Emily Axford. See more

From the streets of Bedford-Stuyvesant to the recent travails of post-Katrina New Orleans, Spike Lee has been a vital, racially conscious voice in recent cinema. Postponed last Monday, Spike Lee’s lecture has been rescheduled to Wednesday, April 13 at 8:30 p.m. in Wellin Hall.

The lecture, part of the C. Christine Voices of Color lecture series, honors Christine Johnson, a former Director of the Higher Education Opportunity Program.  She was firmly dedicated to the Hamilton community and the school’s students of color. See more

Latecomers walking into Wellin Hall were momentarily confused by the sudden swell of music that seemed to come from every direction, before realizing that the melody came from above. At the conclusion of the opening song, “Coelos Ascendit Hodie,” the members of the Hamilton College Choir descended from the rafters for a captivating start to a compelling final performance of their spring choir tour.

Under the direction of G. Roberts Kolb, the Hamilton College Choir performed a variety of songs to an enthusiastic audience with one final Spring Tour concert on last Friday at 8 p.m. in Wellin Hall. The unique introduction was not the only time the choir used the entire space of Wellin Hall to create a resonance of voices. See more